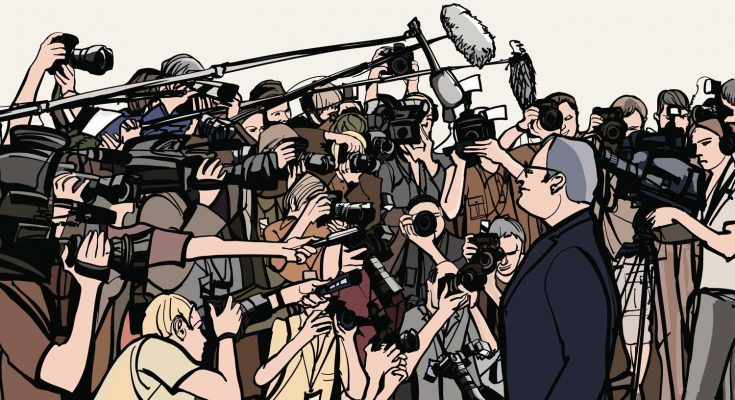 Journalism these days is constantly struggling with the confidence of the audience, the distrust owing multiple media houses being rooted out as playhouses for various clientele varying from politicians to multinational corporations. However, to retain a positive reputation, change is required, and it also a demand of the media consumers. Mostly, these changes are imposed on their own; nowadays, owing to the digital age, people are involved in the media world with their parts of information, photos, and video clips.

Citizen journalism can be a simple reporting of facts or a rushed video recording of the incidents, it could be anything from a significant incident to the local news that is ignored by large media companies owing to economic feasibility. It could also act as fact-checker on the reporting of larger news outlets by providing facts and alternative scenarios. According to Jay Rosen, a journalism professor at NYU, “Citizen Journalism is the basis of democracy that encourages citizens to actively participate in social processes.”

He also claims, “When the people who were the audience, on the receiving end of a media system, when they break the rule and shift to broadcasting end, they get a chance to represent the situation in a different light. The news becomes more real, less fictional, more reliable and trustworthy, and far less predictable.” It does give people the power to share the facts and look at the situation from various perspectives. It also helps them hold authorities accountable for multiple situations, at times prevent illegal arrest, or also work against hate crimes.

Citizens can contribute content, in one form or another. They can either work in collaboration, such as when a piece of news is reported on a platform, then the users add comments providing additional facts. However, to prevent obscene or objectionable messages, many websites require readers to register to be able to comment or post. For instance, if a reporter covers a story about the garbage dumping and litter clearing by the authorities, readers can comment on the stories about the places that were left out in the original news story. This collaboration allows both citizen and professional journalists to gather information and craft a final story. Although, multiple amateur journalists operate completely independently, varying from writing a blog to creating a vlog.

Citizen journalism had many merits that we have already spoken about; however, like everything, it has demerits too. Amy Chozick, a senior political reporter in The NewYork Times, stated, “When people cover their stories, they have very little knowledge of the entire story; hence, they only give snippets, and the rest of the story is a story from one perspective. If you take it by that, there are 1000 ways to tell a story. When people release the snippet and create their perspective for the story, they are inclined or biased towards their likes/dislikes. This is all a messy experiment that would get worse with time. What would happen in a story build of singular ideology reaches the masses?”

Major media houses have tried to utilize citizen journalism to build their network, but it failed immediately owing to multiple issues such as biased stories, marketing campaigns, hate speeches, and even at times, incorrect information. Increasing fictitious dramatization to keep people interested in the story is a common strategy of writers. There have been scenarios where crowd sourced information has resulted in lawsuits for media houses; an example of such an incident would be Crowdflower.

A lot of media houses have tried and failed, and other platforms such as Facebook and Twitter aren’t focused on information as they are on data. Way2News, on the other hand, has now become India’s most used crowd source platform with more than 16000 registered users who upload information regarding the local happening and events that relate to public information on a daily basis. Although the same questions are still raised up, what about the challenges that come with the crowdsourcing information?

Way2News has found a way to reduce any marketing campaigns, biased write-ups, and incorrect information by being precise and straight to the point. Way2News works on a straightforward algorithm; all the 5 Ws and 1 H have to be answered in an extremely precise manner. The author has to relay the point in not more than 400 characters. These two security measures put in plan reduces any marketing information or biased content which may release incorrect information to the people.

When it comes to scrutiny of content, Way2News has devised a way of working by verifying their information from multiple resources in the area. Since Way2News works on the rewards system, which provides stringers, journalists, and students rewards for every story they report. Before reporting or posting on Way2News, they are asked to register themselves using their mobile number and picture for verification. However, if the story turns out to be incorrect, they are barred from posting any more content. If they try to register themselves again from a different mobile number, the registry in the systems catches any repeated faces and blocks the number again. This way, Way2News ensures that citizen journalists are obliged to follow the terms and conditions, and Way2News also gives readers an opportunity to report the content if they think its incorrect or hateful.

Way2News has not only provided people with a platform to report the information they want to share with the world. But, it has also taken a flawed clog and put it in a perfect system to ensure its smooth working. The entire system now works in a flawless manner, where Way2News has established the real sense of democracy.

Way2News has now become the most used platform in the vernacular medium helping millions of users share their stories, success, and woes with the world. If this isn’t the job of the internet, then what is?

The 7-Minute Rule for How Online Gambling Works – Untamed Science